It's been an interesting couple of weeks – whereby the team I thought were supporting me actually are not, we almost missed our own anniversary and the sunny days of late winter means I can get out and walk at last.

The turning point for me this month was, when I was at rock bottom because some people I considered to be my support team in business were actually generating negativity, Mark said this:

You have spent your whole life proving people wrong, why stop now?

To be frank I sometimes feel a little tired of the whole battle and I have nothing to prove, but I have now taken steps to remove these toxic people and I'm now feeling tons better.

On top of this, Timehop reminded me that on 1 August 2015 I opened my first wee tiny Dee St studio, and in August the following year, this was my high tech attempt at a floor plan for the new building that I was considering! Inserted in the floor plan is the floor area of my first studio because I was trying to get my head around how much bigger the new place was going to be!

Looking at this very crude plan (but cut out to scale, I will have you know!) the actual final design isn't that much different! The doors were moved back (for cost purposes) so the rear area was about the size of the previous studio The massage rooms / offices changed dimensions slightly plus we added a second in the back corner. The toilets are roughly in the same place but with a corridor between and the laundry, then the gap behind the other massage room became a small kitchen! Amazing to think this crazy little cut out became an actual building! 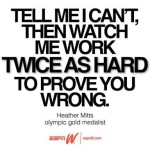 I have started to get out walking too. It's something I haven't done for a long time and it's still hard going, but it's one of those things I'm going to have to grin and bear if I want to keep this knee as mobile as I can. I also have been sick this week with a throat infection so I have been walking during the week too, as I try to hang on to my lunch break rigidly so as not to overload myself at work. I have been walking at Hatches hill a few times as well as along the estuary walkway (brrrr that was a cold morning!) and the Waihopai river. We have had lovely sunny warm days the last week or so but really cold cold nights. Sometimes my walks take place before the cloud has lifted and the sun has risen! I'm hoping if I keep up the walking I can also get back to recreational cycling too given time. I haven't been on my bike for ages.

With my crazy hours at work, I usually work late nights three evenings out of four in the week totalling at least 40 hours just between Monday – Thursday. It's a bit like passing ships in the night at our house until Saturday.

Wednesday 26 July marked our 14th wedding anniversary, but I was working till 9pm and Mark started work at 6am so I didn't actually see him till he came in to take his 6:15pm class.

My happy anniversary greeting took him by surprise – he had totally forgotten that it was today! When I finally got home way after 9pm I was greeted with wine (as well as tea made for me). Thanks Mark!

It will always seem weird not having Christmas at the same time but we went to the mid winter market in Riverton again this year; it took place lasts weekend. I love wandering around the wee Riverton shops that are often shut when we drive through at the weekends. The opened up the RSA and it always humbled me how proud even tiny wee places like a Riverton are of their war heroes, and how many people from NZ actually gave their lives for the war that wasn't even theirs.

I'm not sure if this comes with age or what, but I know way more people who are battling (or have lost their battle with) cancer that I wish I did. A teacher I worked with when I first arrived here died of stomach cancer not long after I arrived, at the age of 34. Someone I once raced with (same age group) is currently battling cancer. My mums battle with cancer was so short I wonder if she even had time to get her head round it.

That names just a few.

How does someone with that diagnosis actually deal with it? I bumped into someone else I used to work with the other day who has terminal cancer. This person is always full of smiles, is open about what's happening and is continuing to live life to the full making everyone who doesn't know, aware of the battle they are currently undergoing.

I was completely amazed how they were still (and always seemed to be) so positive and smiley you actually wouldn't know by looking at them. I was trying to imagine what my mum might have been thinking or going through. This person I met was adopting the live life to the max approach: I admire them for that and it's absolutely the only approach to have. But what about the likes of my mum?

She went into the hospital for a routine test, and never came out. 9 weeks later she was gone. How did she ever manage to cope with that? DID she even cope with that?

It brings back all the sadness, memories, trauma that goes with that dreaded C word and what we all went through when we lost mum, my plane not flying around the world fast enough, all of it. I looked at this beautiful person before me and thought what on earth did they ever do to deserve what they are facing? And where on earth are they getting their strength from, knowing that they are living a death sentence?