This week I adopted the carry on regardless approach. It seems I’m damned if I do, damned if I don’t, so I might as well do rather than don’t – if you follow my drift!

So we have been back tramping, sometimes I pay for it and others I don’t. Ah, what the heck. Its not like I make it better by not doing anything (or worse by doing something!) Things will be what they will be!

We went for a walk at Bluff last weekend, sunshine so its a must, as everything to do here is outdoors! The walk was flat, along the estuary – so called boat graveyard: the docks for Bluff used to be further up, but too many hidden rocks, too many lost ships in the narrow channel forced them to move it down river closer to the sea. 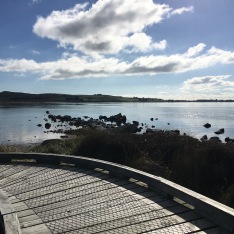 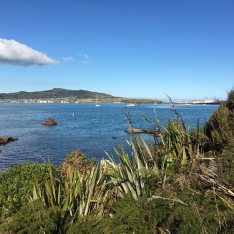 The weather was nice so we went down to Stirling point and walked along the headland too. I felt ok, so when we got to the Glory track we took a right turn, as far as we remember it was a short 5-6km back to the start. Oops! the distance was right, but my mind had blocked out the gradient!

My poor wee legs aren’t used to that level of effort any more, the most energetic thing I do these days is prone, in a swimming pool! I made it up to gun road and the defences, but after a quick anatomy lesson to Mark, he understood why it was essential that he became my crutch for the decent back to the car!! Nevertheless, because 1) I took the poles but left them in the car and 2) I wasnt prepared and hadn’t pre-pilled up, yep, I paid for it for the next 48 hours! Oops!

The following weekend was also a nice weekend so back out tramping we went. This time Hatches Hill. I figured this was shorter and I had already started the get it moving thing so surely this time wouldn’t be as bad? I was right. Steep in parts, but there’s carefully placed seating and even with a gammy knee, I beat the time the sign suggested it would take me. Result! Haha. And I could still walk the next day too… double result! Lol 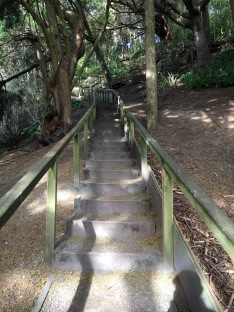 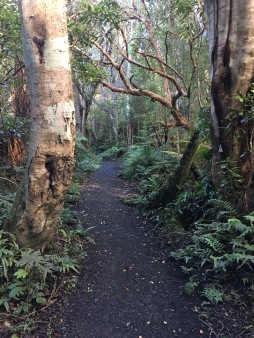 Of course, we finish the weekend off with a trip to our favourite Riverton. Although the tide was full in, it was an angry sea and a bitter wind today, reminding us that winter is in fact on its way. (BTW, Queenstown got its first snow fall today! Ack!)