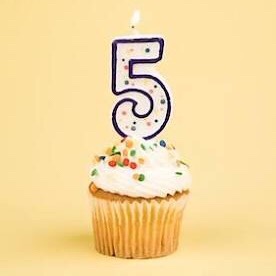 I think this may well be our toughest year yet. And now I’m in a strange transit space between English and Kiwi. I don’t feel either. Each anniversary of the day I arrived is also the anniversary of Mums cancer diagnosis so each year I write this review also signifies the same amount of years since she grew her angel wings.It’s really tough, I now understand exactly how mum felt. I always wondered why she was always ‘Irish’ even though she lived in England, now I get it. I will always be English, but the longer I live here the less I actually feel it. I can no longer remember the £ translation, I now, like I mentioned last year, convert the £ back to $ to understand. I know they have changed all the currency in England and I often joke about the fact that if I ever get around to going back again (it’s been three years since my last visit) then I will no longer recognise my own country’s currency.

When do you stop being English? When do you start being Kiwi? I’m not sure I know. But at the moment I feel like I’m in some type of transit time warp. It feels like only yesterday since I arrived here, yet it also feels like a million years ago now.

We joke about how terrified we would be of the traffic, the crime, the crowds the next time we manage to go back to England, but it’s probably true, because the longer I live here the more Kiwi I become, whether I like it or not!

Here’s the previous 4 years in summary:

The target I set myself at the end of year 4 was to be earning more than minimum wage.

Here’s last years summary to add to the previous four.

Any which way you look at it that’s a pretty intense list of stuff we have had to work through in the past 5 years! 😲

This blog still pops out at me from the past 12 months and I need to keep working on this list! Specially number 3. I thought the change of job to self employed would fix that, nope! But I’m getting there!

So with year comes the ability to now apply for citizenship. It’s not cheap but it seems the logical next step and allows us to then hold a New Zealand passport and have dual citizenship. Mark’s 5 year anniversary isn’t till June so we will have a think about it till then.

He almost knows all the National Anthem now in both languages, so that’s an improvement at least! Haha!

Did I manage to achieve my target? Kinda. I’m not earning as much as I would like from the company but I am above minimum wage. Just, but still, it’s better than last year!

Next year goal? I’d like to have slightly less work related stress and consistently better hours than 50+. It’s improving, slowly.